Ginger Turner: The A is Not for Ally 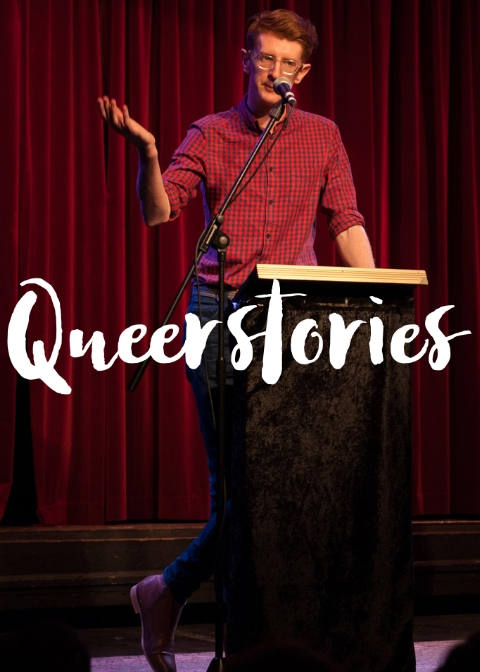 I’m not what you’d call a ‘sex’ person. When I say that out loud that sounds very creepy. I’m about as erotically charged as an episode of Frasier, though it took a long time to figure that out. At first I thought I was normal; then I thought I was broken; it wasn’t until years later that I’d learn about asexuality, and I saw myself for the first time.

For me, sex is like The Wire – I’m glad you like it, if that’s your thing, but it doesn’t do a lot for me. And just like that premium HBO drama, I *thought* I wanted it for years. It seemed like everyone talked about it alllll the time, and…well, I got caught up in the hype.

When I bought The Wire, I got all five seasons at once, sight-unseen. And I gave it a red-hot go – I got about a third of the way into the second season before I realised it just wasn’t doing it for me. I’ve got a supportive crowd thank you. Unity. I could see why others might get sucked into the morally ambiguous world of policing the drug trade in Baltimore, but it just left me…cold.

It took me a lot longer to come to the same realisation about sex. As a teenager caught up in the rough seas of hormones, peer pressure and heteronormativity, I never stopped to wonder whether or not I actually wanted sex. There wasn’t any room for doubt. Boys wanted it, and girls were expected to give it up within an appropriately short period, or they would be labelled as “frigid”, and that was the way of the world. But even then there was a disconnect between what I should want, and what I actually wanted.

For all the talk, and despite the standard-issue teenage crushes that overwhelm your senses and upend gravity itself…I never pursued sex, or a relationship.

There’s at least one drunken teenage night where a girl took me back to her house after we split a bottle of scotch; I remember her leading me upstairs to her bedroom and we stood in the doorway for a second before I said “GOODNIGHT” too loud, and wandered downstairs to sleep soundly on her couch.

At the time, I put that down to having the physical and emotional grace of a baby giraffe, not to mention the same ability to read social cues. But while all those were probably factors, I saw my friends, most of who were just as maladroit ending up in relationships over and over. It never happened to me. I was in my early twenties before kissed anyone, despite my CONSTANT whinging on early social media about that fact. When it finally happened, it was…fine? Yeah like a 3/10 response. But it wasn’t the life-changing event I’d been promised, that I’d built it up to be, and it would be years still before I bothered to kiss anyone else.

By that point, I’m in my late twenties, and still a virgin. That should’ve been a hint that I maybe wasn’t THAT interested in it; like that copy of Learn Japanese The Easy Way instructional DVD that is gathering dust in everyone’s house, it didn’t happen because I didn’t make it happen. Of course, that didn’t stop me from building my self-worth around the fact that I hadn’t had sex; by then, I was certain I that it was a character flaw, a sign that something was wrong with me rather than a choice I was unconsciously making for myself. Movies like the 40-Year-Old Virgin made it clear that I was somehow wrong, that I’d missed an important part of growing up, and that getting laid was the only thing that could save me. I internalised all that without question, and the self-loathing only isolated me even longer.

In spite of all those hang-ups, I ended up in first real relationship a few years later, with an appealing package like that how could I not? But sex was an inescapable part of that. Finally, I thought this burden would be lifted, and I’d transform, caterpillar-like, into a mature respected member of adult society. I’d be, for lack of a better word, normal.

From our very first night together, though, something was obviously wrong. I struggled to engage. Physically, everything worked fine, but I couldn’t connect. This thing that I had yearned for, that I thought would make me a complete human at last just left me…cold. Maybe there WAS something wrong with me? Maybe I wasn’t doing it right? I didn’t understand what was happening, so I persisted, trying to give my partner what she needed. We carried on that way for many years, but we both knew something was amiss. She was hurt, thinking that it was something about her that I found undesirable, and I didn’t have the words to explain to her that the problem was with me.

Of all places, I was on an air bed in Edinburgh, jet-lagged and scrolling through Twitter, when a friend helped me find the words to understand myself. She talked about getting drunk enough to let boys have sex with her, just to keep them happy, and how tired she was of living like that. She linked me to some things she’d been reading, and I recognised myself instantly: not just the lack of interest in sex, but the taser-like jolt of awkwardness that goes through my body when sex is discussed or, god help me, initiated. In that moment, I had a bit of validation, I saw that I wasn’t broken, I wasn’t damaged by trauma, or just missing an essential part of what it means to be human; I wasn’t alone.

I’d like to say that everything was fixed in that moment, but I’d be lying. It would be a few more years before my partner and I worked out what my sexuality meant for our relationship, and how we could meet everyone’s needs in a respectful and considerate manner (spoiler alert: the answer is polyamory) *crowd cheers* I had a feeling this would be a receptive crowd to that.

For me as an individual, though, that epiphany wasn’t the end; if anything, it was the beginning of a process I’m still working through today. That moment of insight made me question everything else about myself that I’d been taught rather than learned for myself: my sexuality, my gender, and whole host of other things. That’s why I’ve started going by Ginger instead of my birth name – the identity assigned to me at birth never really fit, and I’m just now, in my mid-thirties, stopping to figure out who I am, without the burden of socialised expectations. I don’t know if I’ll ever be able to fully answer those questions; I expect that they will just generate more questions.

But I do know one thing for sure: I’m selling a box set of The Wire if anyone is interested?