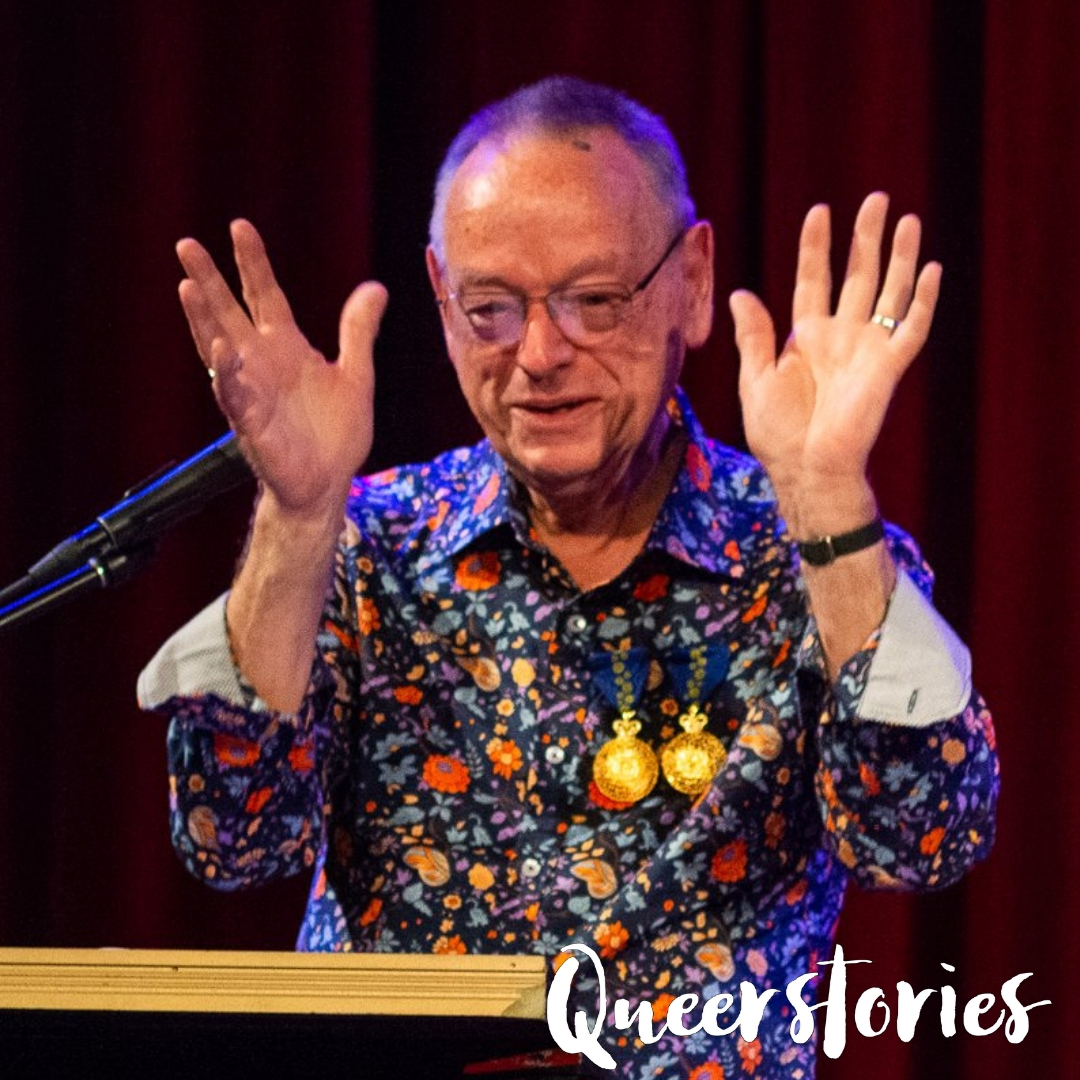 Bittersweet and Dichotomy: These were my ingredients for the marriage equality day cocktail. On the seventh of December 2017, the long-awaited day dawned. The burning question on our GLBTQI community’s mind – “Will love win? Will the Australian Federal parliament decide in our favour? Will the so-called seat of power encompass our marginalised community? Would it debunk and expose the falseness, fallacies, and hollowness of their beliefs and ideas about us being inferior?”

The entry point in 1970, of my almost fifty-years of queer activism, was when I and others were rejected for who we were. We were unloved, invisible, isolated, facing insensitivity, ostracised by the general community, branded as criminals for loving and sharing our bodies with other men, afraid to come out for who we are, subject to great secrecy.

Until 1973, homosexuality was a “sexual orientation disturbance,” or “a mental illness.” Aversion therapy was perpetrated by the medical profession. Now, it was re-emerged via religious groups and cults. Sex-role stereotyping was very pervasive. In short, we were classed as naughty, sick, and sinful.

Peter Bonsall-Boone – better known as Bon – and I became a couple in 1966. We used to say, “If only there was an organisation we could join.” We knew that our lives could be so much better. So, our wish was granted, and for that, I would like to acknowledge the founders of CAMP Inc – the Campaign Against Moral Persecution – Christabel Poll and John Ware. It was 1970 when they courageously founded the first Australian national homosexual rights movement. Bon and I became foundation members that very same year.

50 years ago, I and other liberation warriors lived in the dark ages. Today, I am filled with rainbow glow and delight. On daily display I see around me that we are out and proud; our diversity publicly recognisable. Same-sex couples holding hands and kissing in the street.

Families, rainbow families, and the list just go on.

Myself and others have encountered, struggled against, and defeated the dark forces of religious, political and social conservatism during my almost half-a-year… Half-a-century of activism.

A personification of the dark forces has emerged for me now. They leave their mother’s warm, secure wombs, moving immediately into dark, deep, damp, and dingy coal mines. They never reemerge to see the light, yet they remain the power elite. Their conformity is their security, but it is my inequality and discomfort.

These ultra-conservative two-legged creatures have very distinct components: Fear of personal, social and political, change. They are readily identifiable, being white, privileged males – mainly males – by their single-mindedness, their dress, and their power-seeking. They defend their masculinity and femininity by putting us down, by creating fear within the general community about us and our sexual behaviour. They deny that diversity, respect for others, and developing harmony brings wellbeing for all. These men and women rage in an unceasingly intense and harsh way, but we shall overcome.

In the middle of 1972, the ABC national TV program, Chequerboard, which basically said, “We’re just a gay couple in the suburbs,” became a grand national public coming out for Bon and I. The program emphasised that our only difference was that we are same-sex attracted. We proved that by having the first-ever male-to-male kiss on Australian national TV.

This Chequerboard program became the ABC National TV Australian Story of its day. After our Chequerboard appearance, Bon was sacked from his job, purely because he had come out publicly. I was ostracised by other gays at my work. We experienced psycho-social difficulties, and for a long time after Bon’s sacking, also financial hardship.

We had purchased our house in 1969, which in itself was very difficult to achieve. Same-sex couples could not get a home loan as they can now. Out of necessity, Phone-A-Friend was established in 1973. It started its life in our – now my – front room and was the precursor of the now-Gay and Lesbian Counselling Service. 45 years later it still exists; supporting, counselling, assisting, enriching, and empowering our many-faceted community in a multitude of ways.

There are many occasions I find myself pondering in the same front room. Emotions resurface of the post-1972 Chequerboard hardships. Eventually, the difficult emotions fade and are overtaken by pride. Pride, because the 1972 Chequerboard personal negative impact became a long-term positive for our community.

We were distracted from equality activism during the 1980s and ‘90s AIDS epidemic, which I compare to a World War. We lost many potential leaders and many young men. I believe marriage equality would have been achieved earlier if the AIDS epidemic had not destroyed thousands of our vibrant community members.

We had hoped to maintain our 1972 Chequerboard couple’s ordinariness – “We’re just a gay couple in the suburbs.” Due to our urgency for change, this became an impossible ambition. It brought with it the necessity to expend great amounts of energy, particularly for my darling Bon. I would hold his once-beautiful but now frail hands and ask my sweet one how he felt about talking to the media. He always said, very resolutely, without hesitation, “Sweetie, we’ve got to do it.”

This was our 2017 Good Friday personal plea to Prime Minister Malcolm Turnbull: “You can make our wish come true. But please do it quickly as Bon’s time is fast running out!” It fell on deaf ears. Not even an acknowledgement was ever received. We felt neglected and were ignored by parliamentarians. Only Green’s Senator Janet Rice was the only federal parliamentarian that supported our struggle. She spoke on our behalf in the Senate and hand-delivered our Good Friday plea to the Prime Minister’s Canberra parliamentary office.

We campaigned fearlessly and endlessly, despite Bon’s failing health. This struggle was not just for ourselves but, more importantly, for our community. Its thirst and hunger for equality and justice was unquenchable, like ours, and no different to all the previous campaigns and reforms we have been part of.

We had two of the three wedding elements: Our rings, a ceramic wedding cake…

But Mr Turnbull never delivered us the third element: A marriage certificate.

Back to the front room of my house called Chequerboard, where the Gay and Lesbian Counselling Service started 45 years ago, unwanted solitude was my lot for the marriage equality day. This day I am, on and off, glued to the e-instrument called television.

Many different emotions surfaced, with a deep longing to be held, hugged and comforted. This last victory and wish to be equal, Bon and I were unable to share. All I had were his seven-months-old ashes wrapped in its Time Cloth.

That day just one single call came from an ABC producer to request an interview for The Drum. A cameraman and interviewer came to Chequerboard. Not even the friendly heckler’s reassuring voice, shouting, “We love you, Peter!” from the rally’s crowd came that day. But, oh, what a comfort it was that David Marr visited on that great 7th December victory day, but only via The Drum TV program.

David, while awaiting the pending victory, being in a highly emotional state, said: “All those wonderful people who fought all those years ago, and who risked shame, those wonderful warriors, and some of them are still around, and I honour them, I really honour them.” These were the only comfort words I heard during the whole long day. The House divided on the final marriage equality vote close to five o’clock. Nearly all the 150 members moved to the left of the Speaker’s Chair, with the exception of four or five of the dark forces’ cowards – who were facing defeat – scurrying from the chamber into their coal mines.

What a picture of a listing ship filled with happiness and joy, but not for me. I had to swallow a bittersweet pill, mixed with dichotomy, of loneliness, disillusionment, grief, anger, and rage. But it was such a sweet victory for our community.

On the screen appeared the Liberal-National Government show pony, Malcolm Turnbull. He gloated with smugness, and dwelling on his hollow success while lifting his voice, “Love is Love!”  I shouted back at the TV, bordering on screaming, “But not for us!” This was followed by my lament: “Malcolm Turnbull just go away. You’re such a large, empty vessel.”

Yay! A single, but major, victory for that day.