The Plus Ones review by Jasmin Ashton, April 15 2016
“I’m not kidding when I say this is my pick of the whole festival. I saw their show in 2015 and I didn’t think it was possible for that calibre of comedy to be exceeded, but they have done that with their new show and I’m a little in love with the brains that came up with the whole thing. A comedy cabaret that makes your ears endlessly happy while having you in stitches at the fact so many pop songs are endlessly creepy when you stop to think about it for two seconds.”

Weekend Notes review by Fiona Anderson, April 2016
“If there’s one show in the Melbourne International Comedy Festival 2016 you shouldn’t miss it’s this one. Yes, that’s a big rap, but the show is hilarious and the Ladies have talent in spades.”

Sometimes Melbourne review by Anne-Marie Peard, 15 April 2016
“They are brilliant. I love them.”

Lip Mag review by Karen Liu, 18 April 2016
“Lady Sings It Better took ownership of a predominantly male platform of musical artistry and questioned the sexist nature of such songs and the current pop culture climate, but perhaps more importantly, brought together a crowd for a night of humour, dancing and unrestrained fun. With the performance of their last song, the group left the stage to raucous cheers and thunderous applause.”

Theatre People review by Suzanne Tate, 18 April 2015
“I have seen a lot of Cabaret in the last couple of years, and I have to say, Lady Sings it Better was one of the best.”

Lip Mag review by Eliza Graves-Browne, 17 April 2015
“The show ended with thunderous foot stamping and clapping from the audience, begging for an encore. Lady Sings It Better is more than just a musical performance; it is a political statement that is cleverly and enjoyably expressed through comical renditions. The power of misogynistic lyrics are taken away and transformed into enlightening and thoughtful compositions. This show is not one to miss.”

The Plus Ones review by Jasmin Ashton, 18 April 2015
“Lady definitely sings it better: if you’ve ever felt the need to hear every sexual song relating to animals sung in perfect feminine four part harmony, your wish will be fulfilled.”

Scene and Heard review by Jo Litson, 16 August 2014
“Lady Sings it Better is an act of provocation in its own way, but above all it’s hugely entertaining and the enthusiastic audience lapped it up.” 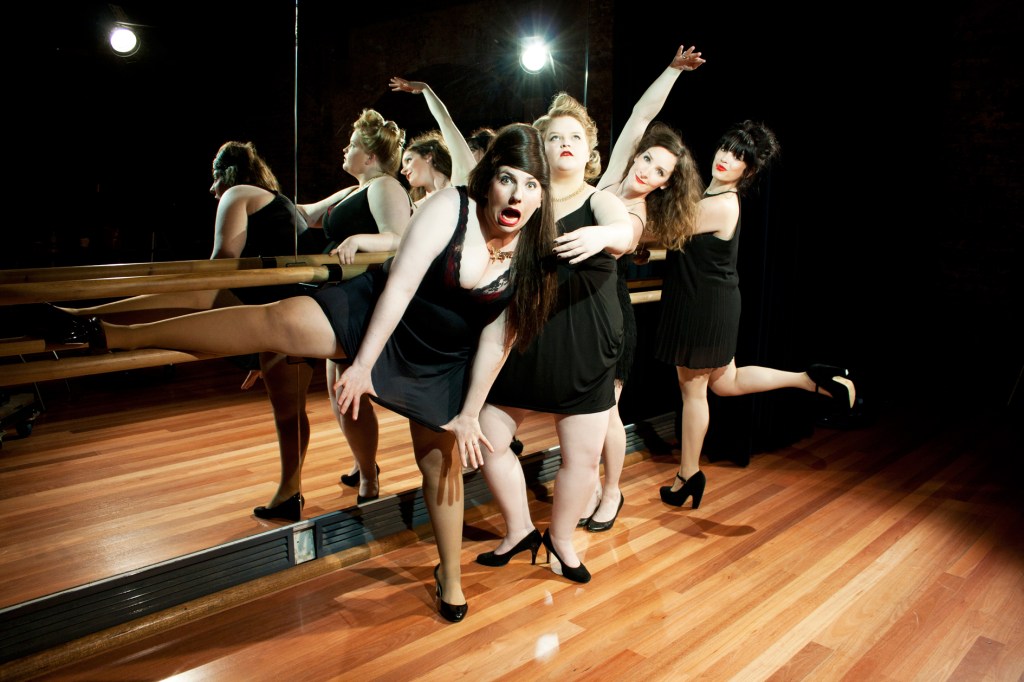 The Music review by Liz Giuffre, 7 August 2014
“The lyrics of most mainstream music are pretty crappy, but to make a point that is funny enough and also with just enough preachy-ness, you need to be able to fucking sell it beyond just pointing that out. There wasn’t a dropped note or syllable left to chance, and the ‘animations’ of the four-piece were gloriously literal at times. As well, special kudos should be given to the understated but also tight-as three-piece band.”

AussieTheatre.com review by Cassie Tongue, 6 August 2014
“The great thing about Lady Sings It Better is that their fun, beautifully sung show is a wilful and proud political act; it’s rare to see something as staunchly feminist as a bunch of women making music together, especially when the goal is to prove just how much of the music we listen to is deeply influenced by the male gaze. The other great thing, of course, is that it’s entertaining. With clever arrangements and beautiful (and beautifully devilish) voices, the group takes you on a tour of pop music with a twinkle in the eye and a cluck of the tongue. When the performances are this strong and the crowd is this pleased, it’s impossible not to leave with a buzz.”

Daily Review review by Ben Neutze, 4 August 2014 ★★★½
“It’s not just about the laughs — the musical elements are all first class — quite often, the ladies actually do sing it better… When they deliver a set as hilarious and musically satisfying as they did at the Hayes, it’s easy to see why these ladies have been going strong for five years.”

AdelaideNow review by Sophie Perri, 15 March 2013 ★★★★½
“A night of wicked fun that may leave you listening to the radio a little differently on the drive home.”

Adelaide Theatre Guide review by John Wells, 17 March 2013 ★★★★
“They can sing. Their voices are strong, subtle, nuanced and perfectly suited to the arrangements. Their band is disciplined and tight. But good tonsils don’t make a great show. There is much more. There is a sense of playful silliness and simple fun, which captivates the audience. The dance moves are clever and stupidly daggy. The banter is funny – yes, actually funny! While this show is seriously good, the performers don’t take themselves too seriously. This lightness is the key to the success of this show. They are relaxed, confident and engage with the crowd. This is quality cabaret: quirky, naughty and a bit sexy.”

The Scotsman review by Martin Gray, 10 August 2012 ★★★★
“Men do talk some rubbish. We sing some rubbish too, but when six sassy Sydney sirens sing those songs back to us, it makes for comic cabaret gold. They’re sunshine from Australia, a tonic to remove the stench of any bad day.” Broadway Baby review by Stuart Saint, 11 August 2012 ★★★★★
“Beautiful, talented and fully rounded individuals, hotties even, that embrace and paint the universe a resplendent colour with a minxy grin and a cheeky wink… Maeve, Chandra, Libby, Belinda, Monique and Jenni energetically prowl like six sexy and playful kittens, hanging loose in the vibrant land of cabaret, by the way of ‘OZ’.”

Fest Mag review by Ed McCracken, 12 August 2012 ★★★★
“Armed with tongues in cheeks, slick banter, and heavenly harmonies they are reinterpreting bright pop hits by the likes of Joel, The Knack and Otis Redding, to show music’s dark underbelly.”

one4review, 20 August 2012 ★★★★★
“The girls all have great singing voices. They share the lines, so your eyes are flashing from one girl to another. Together, they have a full rich sound and their harmonising is wonderfully executed. A solid hour of first class entertainment.” 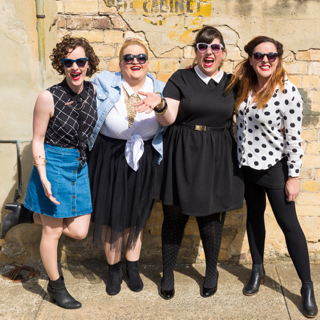 For show dates and bookings, visit the Event Calendar